What we do is simple. We speak to help make people better.

Why? We want to make the world a better place.

Integrity. It’s all we got. We will never waiver on it. We’d rather lose business than enter into a partnership or environment where we believe we’d be asked to compromise on it.

Humility. We subscribe to the belief that if you have to tell someone how good you are, you aren’t that good. We promise to listen before speaking; to serve first and walk softly. Speaking isn’t about us. While you’ll learn more about us and our story, rest assured it’s only relevant to draw in an emotional connection with you; to relate to you and to help you. We promise to always be humble in all of our dealings and interactions.

Diligence. We believe it is our duty to learn about you, your event, and/or your organization. We never take for granted an opportunity to serve and therefore, we fully commit to you. We promise to do extensive research, ask meaningful questions, and immerse ourselves in your culture so that we’ll be adequately prepared when we present at your event.

Respect. No matter where you’re from, what you do, or what industry you’re in. We respect you. We promise to show you the utmost respect in all that we do.

Growing up in the small steel-mill town of McKeesport (situated 20 minutes outside of Pittsburgh) Adam learned the true meaning of hard work. However, his teachers, friends, coaches, and even family didn’t always see his ability to work hard. Having encountered many instances of failure and being overlooked, Adam developed a passion and desire to help inspire, uplift, and motivate people from a very young age. He’d carried that same passion with him during his time as a student at Florida Gulf Coast University, but never acted upon it because he believed he must first be “somebody” before he could become a paid motivational speaker.

After two career changes upon graduating college and a lot of pressure placed on him by family and friends to “stick with a career and make it work”, Adam decided it was at that point was the best to pursue his dream. It no longer mattered what people would think of him, it no longer mattered how much or how little experience he had speaking, he knew that with hard work, he could make it happen.

After just 3 months and having only been provided 1 paid speaking engagement, Adam had run out of money and had nowhere to go. His business was failing – miserably. And everyone who’d ever told him he’d amount to nothing in life, had appeared to be proven correct.

With little money left in his bank account, Adam packed his belongings in his car. He spent a few nights sleeping from his car before calling upon friends to jump couch to couch over the coming weeks. During these times Adam questioned his own desire to live, was uncertain of his dream, and had felt like a failure he’d never felt like before.

It would’ve been easy to give up on his dream and throw in the towel. But he instead continued to fight. Over the next months, Adam would wake up at 4am to work in a factory, he would spend time working at a golf course, and taking on other initiatives to help get back on his feet while continuing to build his business.

Fast forward one year later, and Adam has shown what hard work and a burning desire can do for someone chasing their dream. He represents the average American who had an above-average dream. He didn’t talk until age 4. Went to speech therapy up until high school. His middle school principal doubted he’d ever even graduate high school. He was never supposed to be provided even just one speaking engagement. His business was supposed to fail miserably. These “roadblocks” are similiar to what YOU too might face. The good thing about Adam’s story, however, is that it’s real. It’s not based on fluff. It’s not in place to make you feel good. The story which he shares and the principles which he speaks upon are in place to help you, too, to accomplish your above-average dreams and goals! 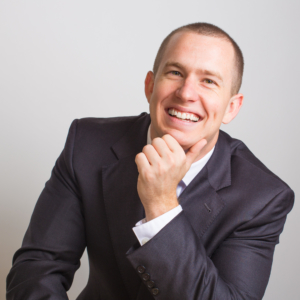 What started as a vision for a book idea, Adam has transformed Sights, Sounds, & Success into a successful speaking, training, and consulting business that has allowed him to spread his message to thousands around the country. Adam has been invited to be a keynote speaker at varying conferences, large corporate trainings, small business gatherings, and university functions. He’s a former educator – now motivator – who continues to teach but now in a different capacity. He shares principles, techniques, and strategies that help individuals and organizations reach their peak performance level. In addtion to speaking, Adam is an NCAA Men’s Basketball Referee and credits many of the principles he’s learned on the floor as a basis through which he’s been able to build his business. He currently resides in Naples, Florida and loves to stay active within his community by volunteering at a number of non-profits and serving on varying boards.